Lounge in sound, bathe your ears in breezy sound-scapes and laid back tree songs created in the local treescape. Relax in our clifftop sonic glade, experience a digital ambient mix of audio ebbs, flows and leaf-whelmed song that take you to another plane. With live acoustic performances.

Fl-utter-ances began life as a public arts research project aimed at developing a method of creating a rhythmic vocal response to the sound of bird song in our public spaces. The installation and performances at Inside Out Dorset were created through the project’s development by Jane Pitt with Lorna Rees, as commissioned by Activate Performing Arts.

The installation was inspired by the sessions run with Cherry Tree Plant Nursery in Bournemouth, a local charity based on horticulture, which provides meaningful occupation in a supportive environment aiming to restore well-being to people with mental illness.  Sessions included listening to the trees with contact microphones, drawing sounds and words and throwing a ‘Tree Party’. Exploration of the sonic environment of the tree with musical instruments, songs, voices, together with experimentation by observation, by listening to the sounds of the tree, and gazing up not at the clouds but the intricacies of the tree canopy above.

This audio and visual inspiration was presented to the audience through a sonic installation using ‘sound loungers’, live musical performances alongside a series of sound mirrors, reflecting south at the listener in a small, secluded glade in the Boscombe cliff gardens.

Inside Out Dorset is a festival of outdoor arts celebrating extraordinary events in extraordinary locations.   Inside Out Dorset's work outdoors is now nationally distinctive and is arguably the only place that is committed to a model that deliberately works across both urban and rural locations; chooses locations and artists based on our artistic vision and clearly offers a programme that is particular to our area.  Based in Dorset, on the south coast of the UK, the festival started in 2007 and is produced by Activate Performing Arts who have operating for 28 years as a charitable company.

Festival: Inside Out Dorset 2018 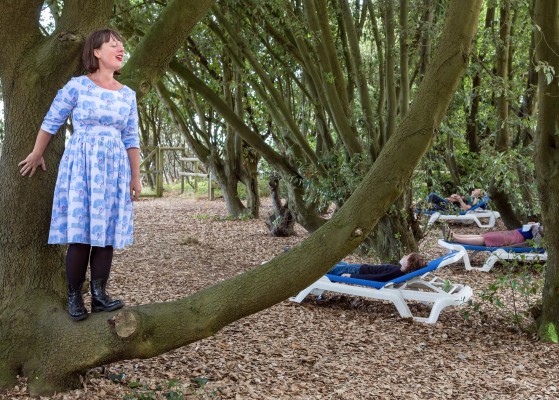 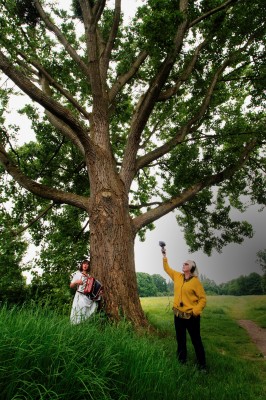